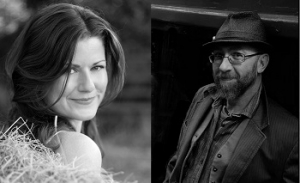 Chris Ingram is a Scottish born poet and performer with current collective Trandoshan Hunter's. In recent years he has supported 9 Bach, British Sea Power, Gwenno and played main stages at Edinburgh Fringe, Focus Wales, Festival No.6 and Wickerman with Primal Scream.
He has been championed by BBC 6 Music's Tom Robinson describing his materiel as "some of the best writing I've ever heard coming through BBC INTRODUCING and deserving of a wider audience".
Chris is also a promoter of long standing having hosted regular stages and festivals across the U.K. and Ireland and is currently a music moderator for Fresh on the Net.

From the acoustic folk of Mooi, to the chilled grooves of Afterlife, to traditional folk influenced duets with Gorky's Richard James and Camera's Matt Nicholls, Rachel Lloyd moves effortlessly through genres.

Through her work with Afterlife's Steve Miller, and producer James Bright, Rachel has reached audiences worldwide having appeared on numerous compilation albums from Café Del Mar and Hed Kandi amongst others.

The end of the year will see the release of Rachel's long awaited debut solo album on Drum With Our Hands. This promises to be a mix of heartfelt soul and delicate folk songwriting, with ambient atmospherics reminiscent of Brian Eno and Aphex Twin.

The first song released from the album is called 'Calling'. Rachel will be performing live in support of the record so watch this space!

Matt Nicholls is something of a newcomer to the world of folk music. Hailing from Wrexham, North Wales, he has been playing acoustic guitar and singing since the age of eleven and for many years has fronted the indie rock band Camera.

Having grown up playing the local folk and open mic clubs, Matt is now finally beginning work on a folk record due for release later in the year.

His live set is a mixture of traditional folk and blues songs which sit comfortably next to his original material. His influences are varied, but his latest material is reminiscent of the music of the 60's folk revival.

The list of artists he has shared the stage with and supported include: Bert Jansch, The Handsome Family, Dick Gaughan, and Nick Harper. Matt will be hitting the road to play local folk clubs this year, so look out for him. 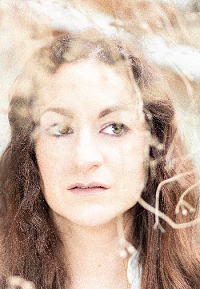 Previously a BBC Horizons artist and one half of Tapestri band heading to the main stage at Cambridge Folk Festival this year.

From Caernarfon (living on Anglesey) folklore, landscape and women's voices are important subjects throughout her songs.

Sarah has an extensive back catalogue of songs which can be found online here. 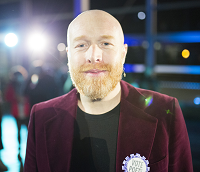 A former Young People’s Laureate for Wales, Martin has published two books of his poetry, performed and recorded with 9Bach, Mr Phormula and Huw V Williams, and performed his work internationally across Europe and the USA.

Catrin O’Neill grew up by the sea in Aberdyfi,  Southern Snowdonia, surrounded by a wealth of traditional Welsh music and culture. Her Grandmother or Nain, was one of the first to introduce her to the magic of traditional folk songs, often sung in the kitchen beside the warm Aga with a cup of tea in hand. It is her humour and ability to tell a story, transporting the audience to places past and present, that really set her aside from other folk singers. Catrin is also the lead singer of Allan yn y Fan, one of Wales best known traditional folk bands and is a member of the 10 Mewn Bws collective. She has toured extensively in the U.K. Ireland and Europe and performs in Welsh and English.

"Catrin herself can turn her voice from songs, sang almost angelically in Welsh to rough drinking songs that seem to put you over the drink drive limit just by listening". - Fatea magazine.

Jonathan Davies is a talented multi instrumentalist who plays, Concertina, Bouzouki, Fiddle and Mandolin as well as singing. He has been a part of the U.K folk scene for many years and also plays with the  popular bands 3 Legg'd Mare and The Hittites.