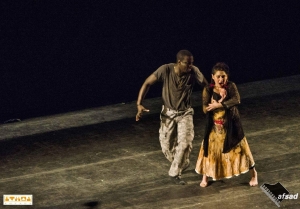 ''SDC’s production of Carthage/Cartagena by Caridad Svich explores the impact on those displaced and isolated by slavery, human trafficking and forced migration. The performance text Carthage is a series of ten multi-lingual letter song-poems from metaphorical places of dislocation. This beautiful work is presented by  Signdance Collective as a hybrid dance theatre piece incorporating dance, theatre, music, and languages spoken and signed.
There is no word in the English language to categorize what the company has produced, for it is a mix of dance, theatre, music, spoken language, and signed language. I suppose the company's self-description, 'signdance theatre' comes closest. The hybrid captures the essence of all art, which is to make us 'see' in a way we have not seen before, and the juxtaposition of the different communicative mediums certainly gave this reviewer at least a fresh perspective on the function of language and its role as a means of unification as well as separation. The performance presented us with ten multilingual letter song-poems, exploring different registers of language, and exploited the full range of dramatic effect, from its wistful gentle musical opening to the visceral impact of unison speech and daring movement.'' David Crystal. 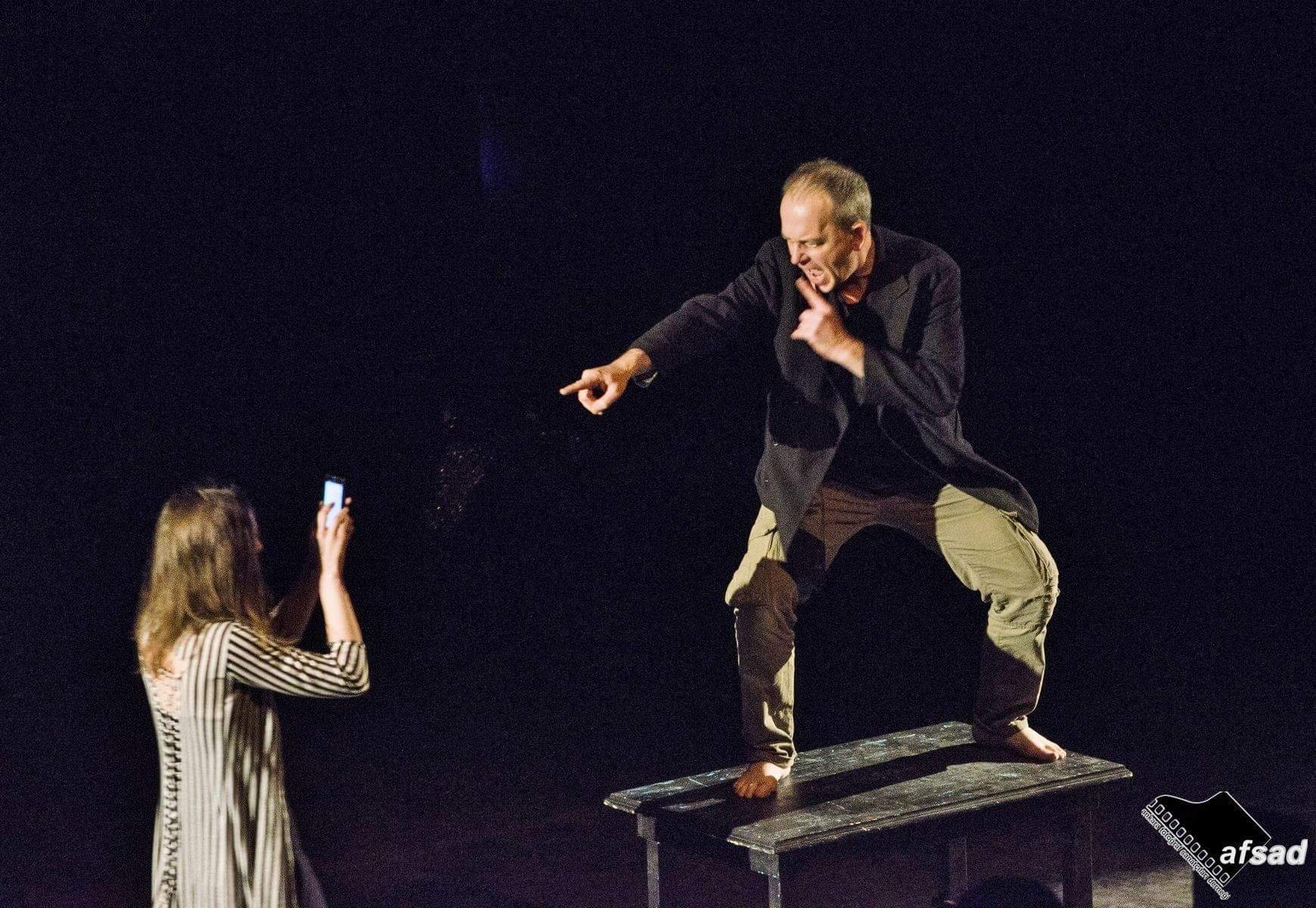 Signdance Collective is a touring performance with the creation of original work at its heart.  We work in formal theatre contexts; street theatre and staged arenas. Carthage is a flexible production that can be presented and tailored for a wide range of spaces whether as a large scale site-specific happening or small studio performances.  We are a true collective working in collaboration with the very best writers and directors, musicians, sound artists and performers from around the world. Signdance is a  diverse international company producing a mix of sign-language/theatre dance, spoken word in collaboration with signdance, design, film, and live original music,  The sense of the form is in the visual dramaturgy sign theatre and choreography coming together as a unique art-form - ™signdance. theatre

Director of Ana Monro Theatre Company and Ana Desetnica International Festival. Founded in Ljubljana in 1982, Ana Monró Theatre (or GAM, for Gledališče Ane Monró) is one of the oldest independent theatre groups in Slovenia. Focusing on contemporary street theatre and improvisational theatre, GAM has since its establishment developed into an important street theatre production house, with activities ranging from education to international networking. In 2014 the Ana Monró Association was established as a non-governmental organisation managing the programme.

Caridad received a 2012 OBIE Award for Lifetime Achievement in the theatre, and the 2011 American Theatre Critics Association Primus Prize for her play The House of the Spirits, based on the Isabel Allende novel. She has won the National Latino Playwriting Award (sponsored by Arizona Theatre Company) twice, including in the year 2013 for her play Spark. She has been shortlisted for the PEN Award in Drama four times, including in the year 2012 for her play Magnificent Waste. 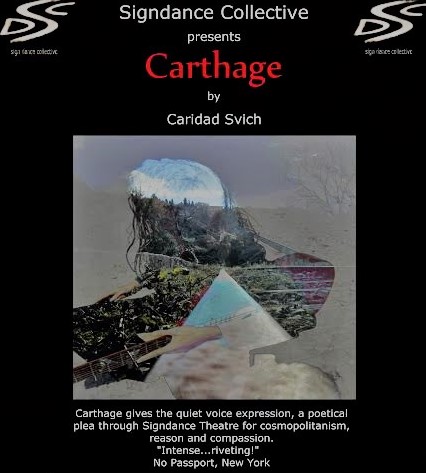