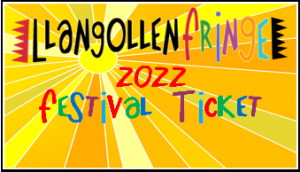 Festival Tickets give you entry to all our Main and Around Town Events. They don‘t, however, include for special events or some workshops (eg Band for a Day). m for this years Fringe. 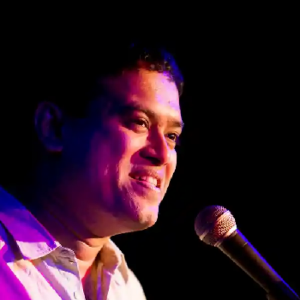 The Grand Finale to our Comedy Season.  Compered by the ever-hilarious and musical Silky, he'll be introducing the highest quality comedians off the circuit leading up to our headliner - Paul Sinha.

More details will follow as soon as the bookings are confirmed. 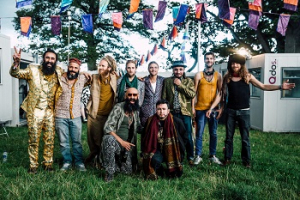 "Really ebullient and infectious stuff ... they are really a force of nature. Go see them if you get a chance." Mark Radcliffe, BBC Radio 6 Music

International legends The Turbans bind together musics from ‘manywhere’ with their interstellar live show which ignites the crowd. Sonically huge and visually arresting, they are a powerhouse of talent, bringing their vibrant and unique sound to audiences who can do nothing more than smile, dance and shout for joy. Growing from the intertwining paths of many talented musicians travelling the world, this extraordinary project has grown in a few years from very humble beginnings, into a progressive name on the London music scene. Its members have gathered from countries such as Turkey, Bulgaria, Israel, Iran, Greece and England to perform in concerts and festivals around the UK, North America, Middle-East, Hong Kong, India and Europe. Their aim is to bring music to the people, young and old alike, mixing vibrant spontaneity and authenticity with multi-genre instrumental and vocal excellence.

Band for a Day - Concert 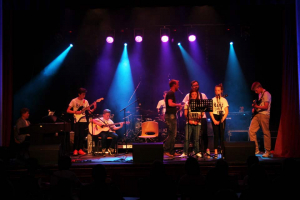 Join the fun celebrating the hard work put in on Sunday by the mentors and participants.

An energetic mix of ages putting on professional entertainment on our main stage.

Children under 14 are Free! 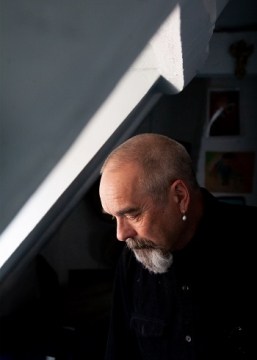 Roger Eno grew up in the idyllic setting of Woodbridge, Suffolk, with an East Anglian postman father and a Flemish mother, who gave he and his younger sister “one room of the house, which was devoted to whatever we children wanted to do. We could write on the walls, there was a sandpit, there was a busted-up piano we could knock seven bells out of. The town had a lovely river, so there was swimming, great places to cycle, and it was perfectly acceptable for a child to leave in the morning and not turn up till tea time.” It’s therefore little surprise he continues to live in the same locale, spending spare time wandering the countryside on foot or by bike. “What keeps me in a not entirely enlightened country is my continuing love of the area in which I live”.

Like its bucolic, tranquil qualities, a timeless character is key to the magic of Roger’s music. That’s as true of 1983’s Apollo: Atmospheres And Soundtracks – which, composed with his brother, Brian Eno, and producer Daniel Lanois, launched his recording career – as it is of The Turning Year, his debut solo album for Deutsche Grammophon, due on April 22nd, 2022. Recorded during summer, 2021, largely at Berlin’s legendary Teldex Studio and in part at the studio of producer Christian Badzura (also the label’s Director of New Repertoire), it’s an album of grace, purity, melancholy and solace which showcases his free-flowing inspiration and deeply affecting compositions.

The Turning Year follows 2020’s Mixing Colours, his first full-length album recorded exclusively with his brother and compiled from pieces Roger had shared for over 15 years with Brian, who worked on them further with his own renowned digital enhancements. It was released in the same month that the Covid pandemic forced global lockdowns, when it swiftly became a staple of people’s newly muffled lives.

Now, with The Turning Year, there’s no escaping the fact that, though he’s never sought it, Roger Eno is in the spotlight. 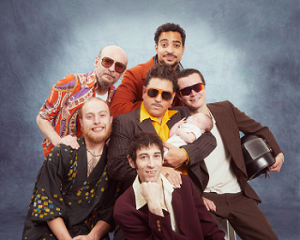 Warmduscher have never taken to the term “supergroup”, but it’s safe to say that their unique, potent blend of raw musicianship, down ‘n’ dirty rock riffs and devil-may-care party attitude was borne from the union of Clams Baker and The Witherer of Paranoid London; Quicksand of Fat White Family; and Mr. Salt Fingers Lovecraft & Kid Whispers, hailing from Insecure Men.

With support from Red Telephone 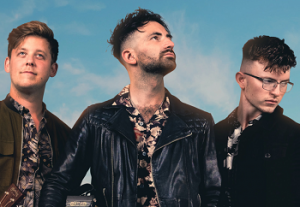 Ground-breaking, chart-topping, genre-bending, instantly enthralling… it’s little wonder that Talisk rank highly amongst the most in-demand folk-based groups to emerge from Scotland in the last decade. 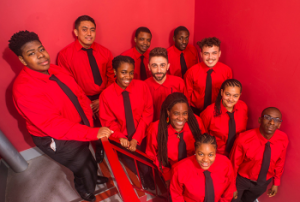 Ebony Steel band is one of Europe's leading steel band and one of the first steel bands set up in the UK.

The band was founded in 1969 by a group of dedicated Caribbean and British men and women who shared a love of steel bands and steelpan music and wanted to promote steelpan music across the UK and Europe.

​Ebony was awarded the Queen's Award for serving the community for over 18 years.

The legendary Ebony Steel Band took up record producer Ian Shirley’s challenge to interpret classic Kraftwerk tracks on steel pans. Seminal electronic songs like The Model, Spacelab, Neon Lights, Tour De France, The Robots, Computer Love and Computer World were arranged for the Ebony line-up taking a metal on metal instrumental approach to Kraftwerk’s visionary music. Shirley also got Ebony to take on older material like Europe Endless, Kometenmelodie 2 as well as Tanzmusik. The album Pan Machine was released on his OM Swagger label (www.omswaggermusic.com) in 2019, receiving fantastic reviews across the board from Record Collector to Electronic Sound.

Recorded in two sessions at The Pool in Elephant and Castle in April 2018 and 2019 this LP is essential for fans of Kraftwerk, electronic music and steel bands. The album is called Pan Machine as 'Pan' is another name for a steel drum.